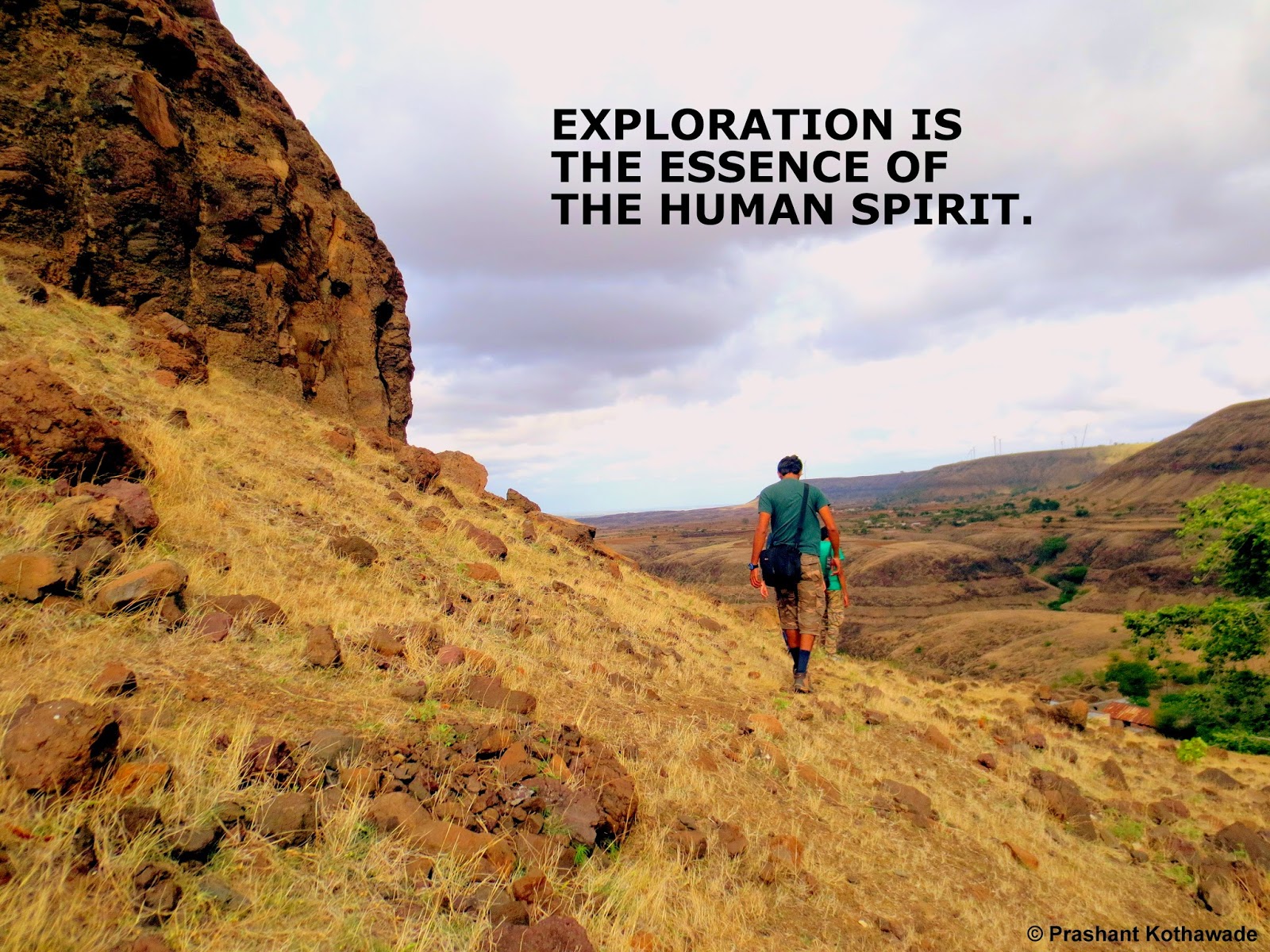 After visiting Santoshgad during first half of the day, Varugad was our next destination. We returned back to Phaltan and took the Mograle-Dahivadi route to reach Varugad. There was not an iota of rain, sky was clear, sun was out and a laborious hike was in store for us.

As per the information I had, there is a direct road connecting to base of Varugad and we were quite sure of reaching there without any trouble. But there was a twist in the tale and to our dismay, we were greeted by a non-existent road with big boulders strewn across. Condition of the road was horrendous and we did not know for how much distance, we needed to ply on the road. I was driving at the snail’s pace mostly on the first gear and I was absolutely sure that tyres would not survive this treacherous terrain and we would have a punctured car. Even thought of abandoning the hiking plan brushed my mind.

Fortunately, we came across few villagers plying on the road, some on bike, some on feet who assured us good road was just around the corner and we should not return back. Heeding to their advice, we kept on going and heaved a sigh of relief when this treacherous road intersected a good conditioned road going towards Varugad. Definitely this ride would rank among the worst rides I ever had. Even worse than driving towards Ghangad or Chavand! 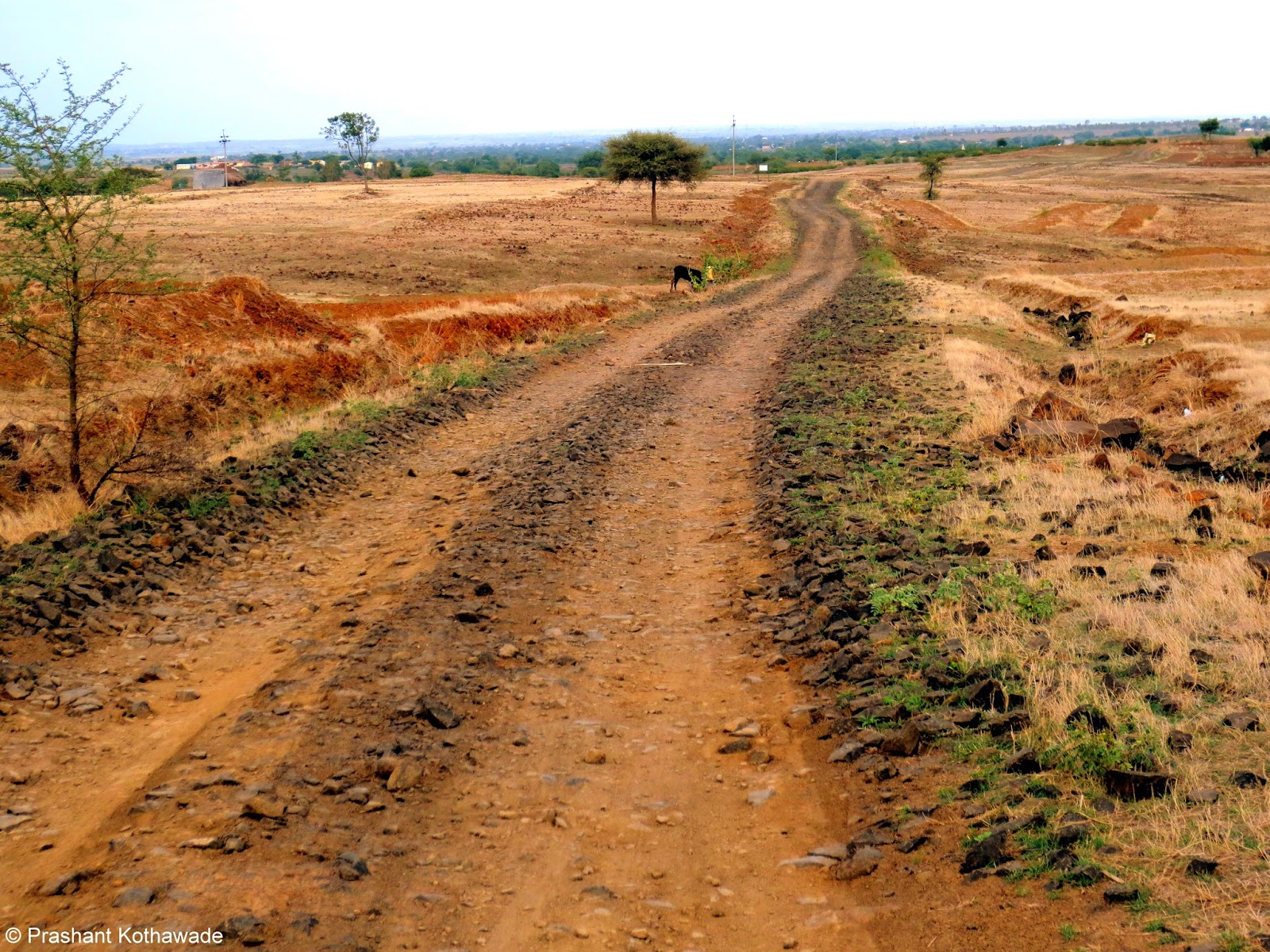 It was a smooth and scenic ride afterwards. Varugad is really located in the remote area and we hardly came across any vehicle during the drive. First glimpse of Varugad made an indelible impression on the mind and we were quite overjoyed and clicked few photos of it from a distance. Whole fortification of the fort was clearly visible and a saffron flag furling proudly at the top added to the excitement. 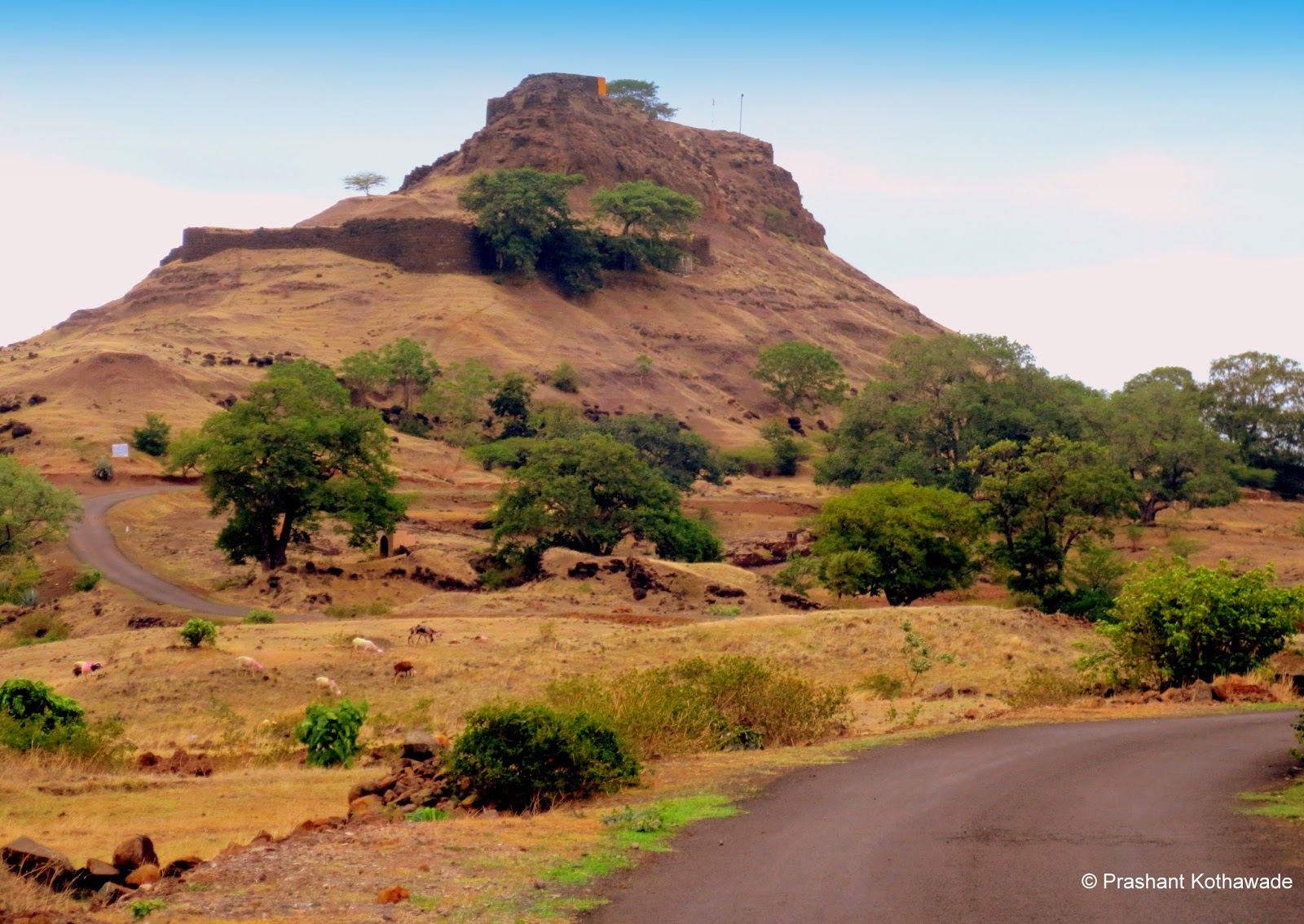 Soon, we reached very close to  Varugad Machi. It was 1.30 in the afternoon and everybody started having the hunger pangs. As we were deciding where to lunch, we came across a villager.


We: "Please tell us the route to go to top of the fort."
Villager: "Why do you need route? Just look at the top and start ascending from anywhere."

Villager seemed whimsical and his advice seemed unpractical to us. Hence, instead of continuing further discussion with him, we decided to wait bit longer at the base and finish our lunch.

As we were carrying packed lunch, we decided to wait no longer and settled under the shade of a big banyan tree for lunch. Lunching under the tree with cool breeze caressing our faces was invigorating. As we were eating, we were approached by an elderly man, limping on his legs, stammering while speaking and he applied some tilak on our foreheads and offered us some sacrament (prasad). He lingered around us for a while and we offered him some food which he readily accepted. Soon, we finished our lunch and rested for a while. Still old man was lingering around us and as we decided to start our hike, he began asking some money. We were quite sure that he would get drunk (probably he was already drunk), we emphatically said no and started our hike.

Lunch under the shade of a big banyan tree: 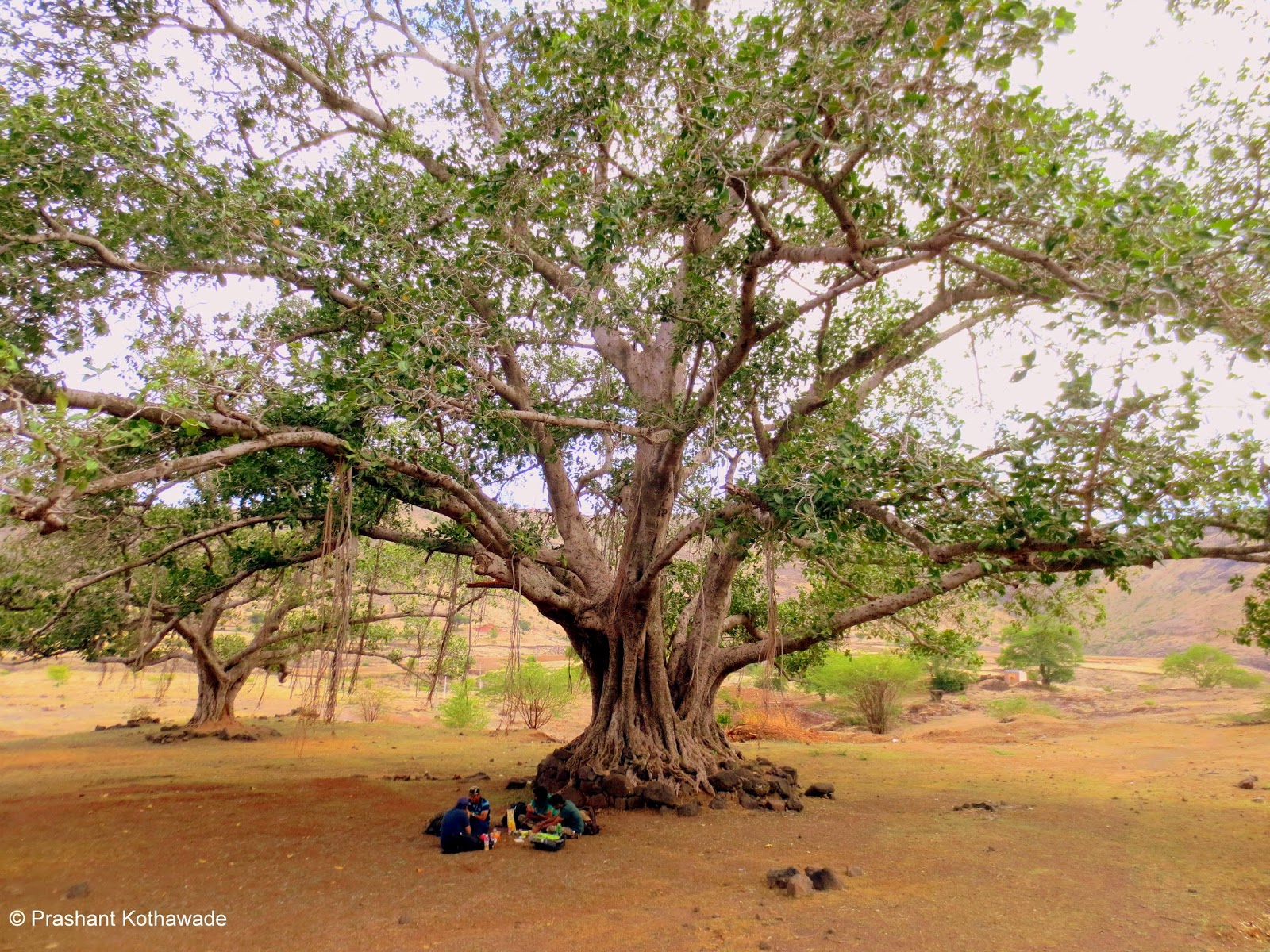 We took the traverse from the left side and soon reached to the base of western side of the fort. Whole western region was looking very enticing and inviting. A large expanse with streak of white clouds trailing across the azure sky made us glue to the picturesque setting and we lingered there for a while soaking in the views and again resumed our hike.

Fortification on the western side of the fort: 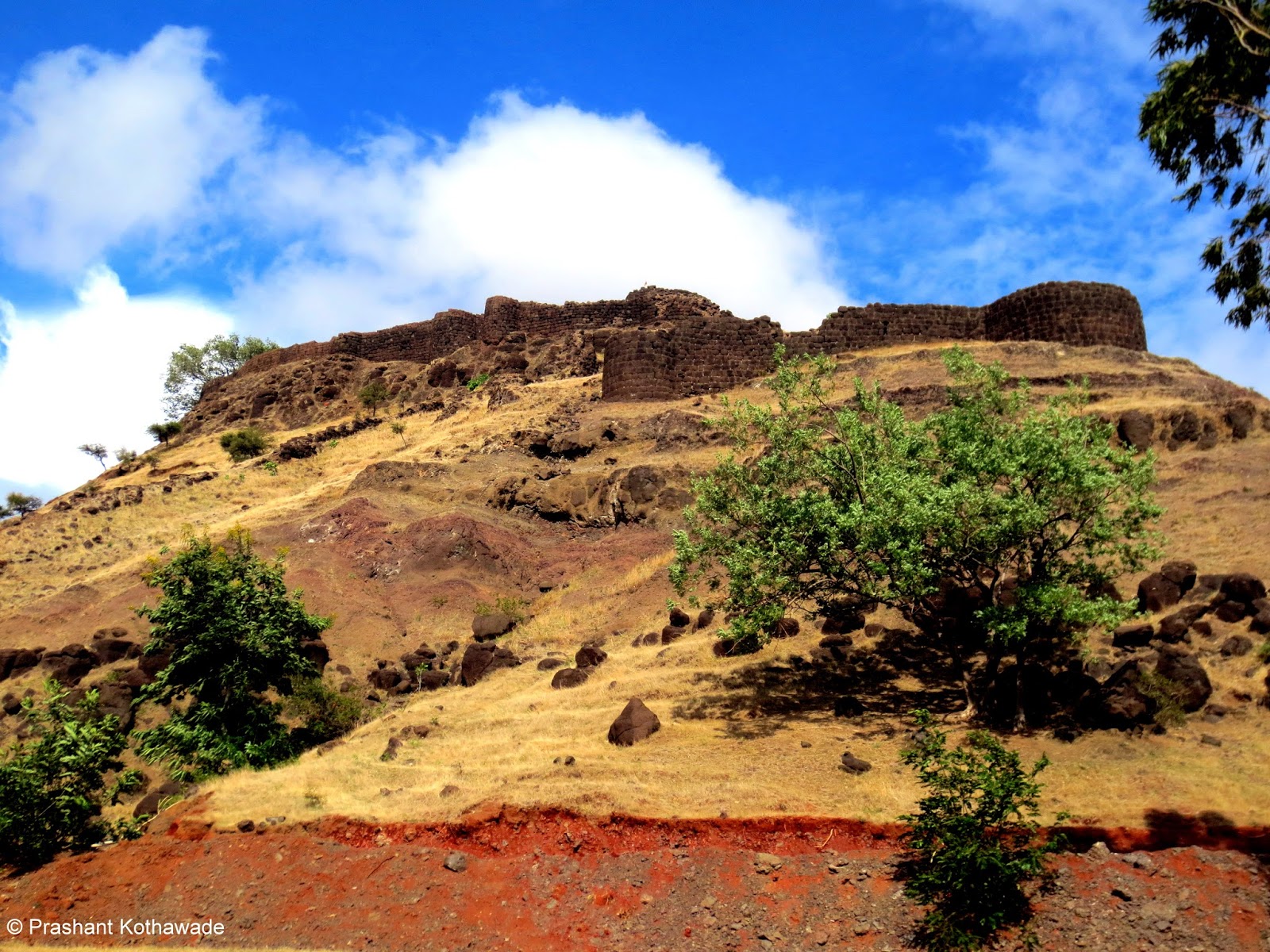 Gushing wind made the trees sway from side to side and I seized the opportunity to click a photo which is one of my favorites from this hike. 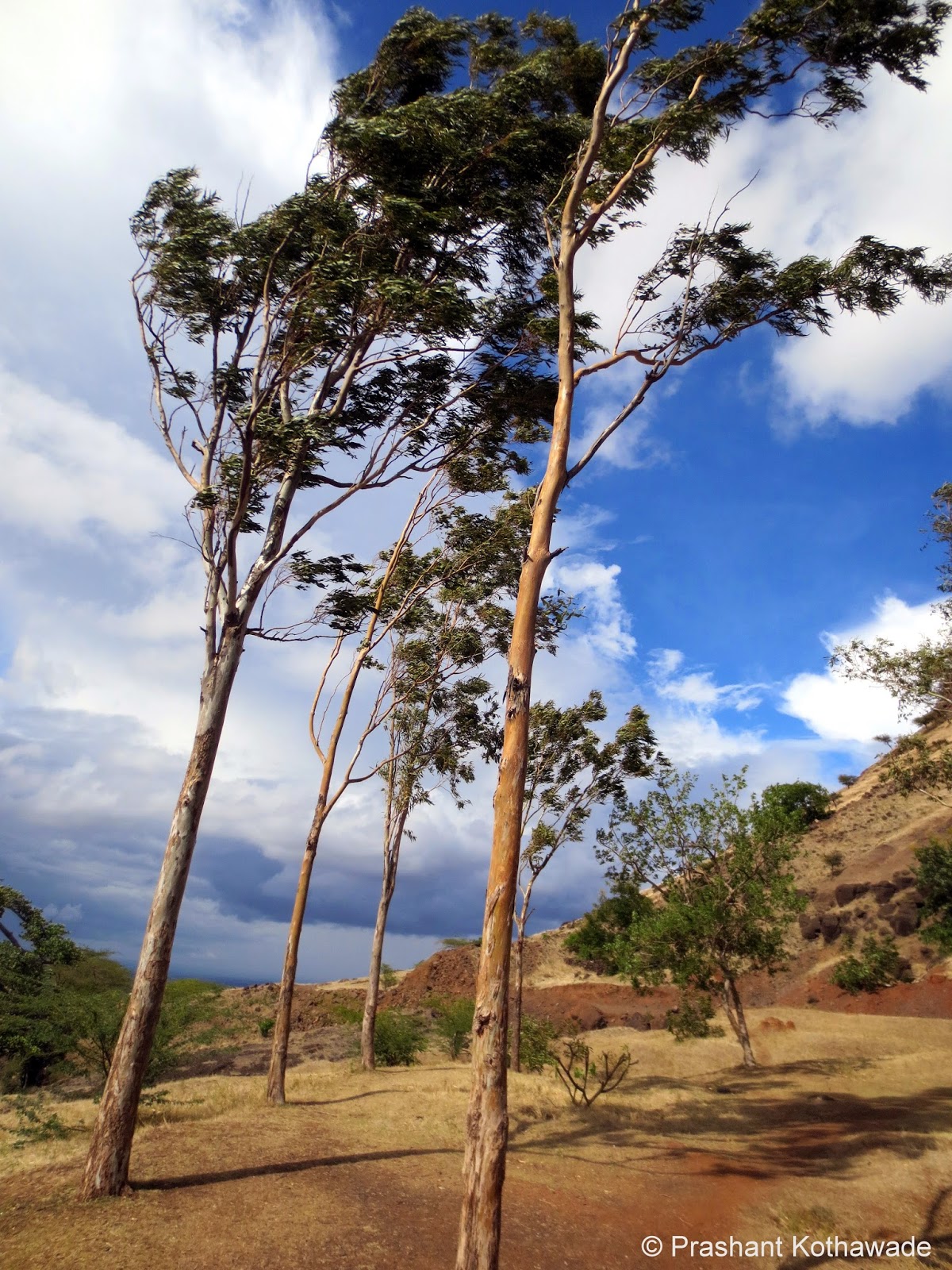 We soon came across a water cisterns named “Pandav Cisterns”; legend is that it is built by Pandavas. 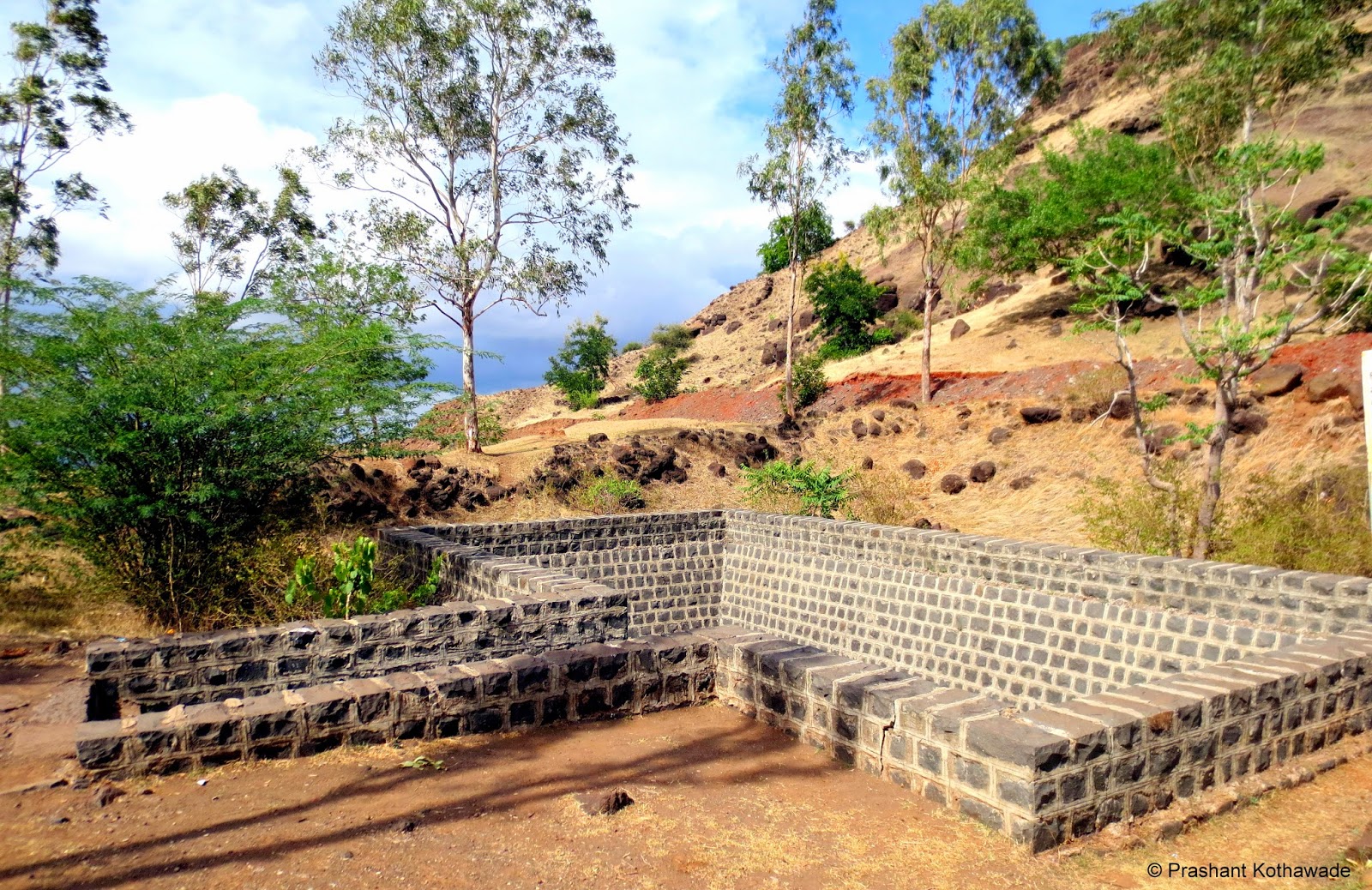 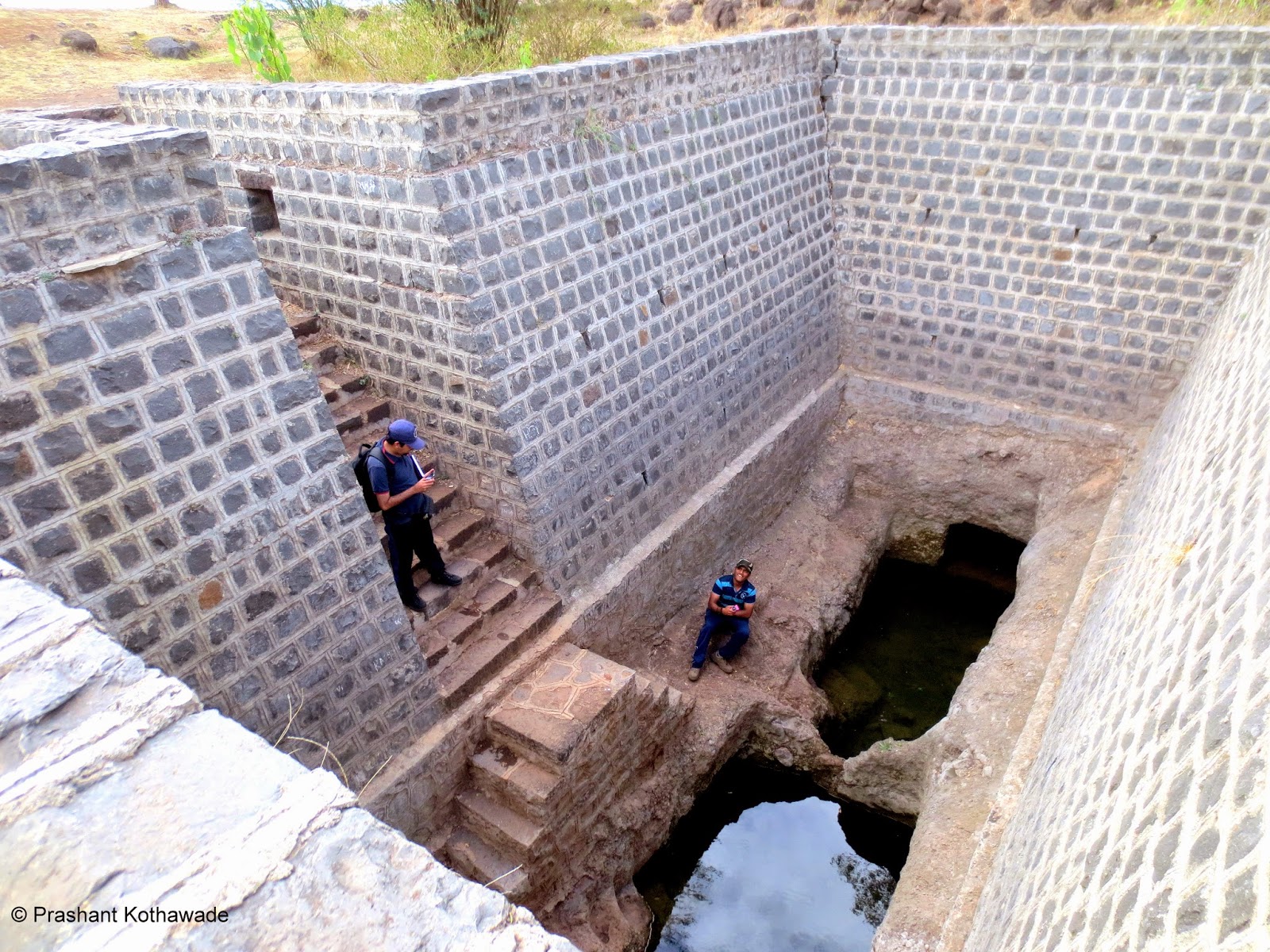 A wall like structure runs vertically from base to top of the fort. We started climbing parallel to it but as we started slipping,we ascended via this vertical wall. 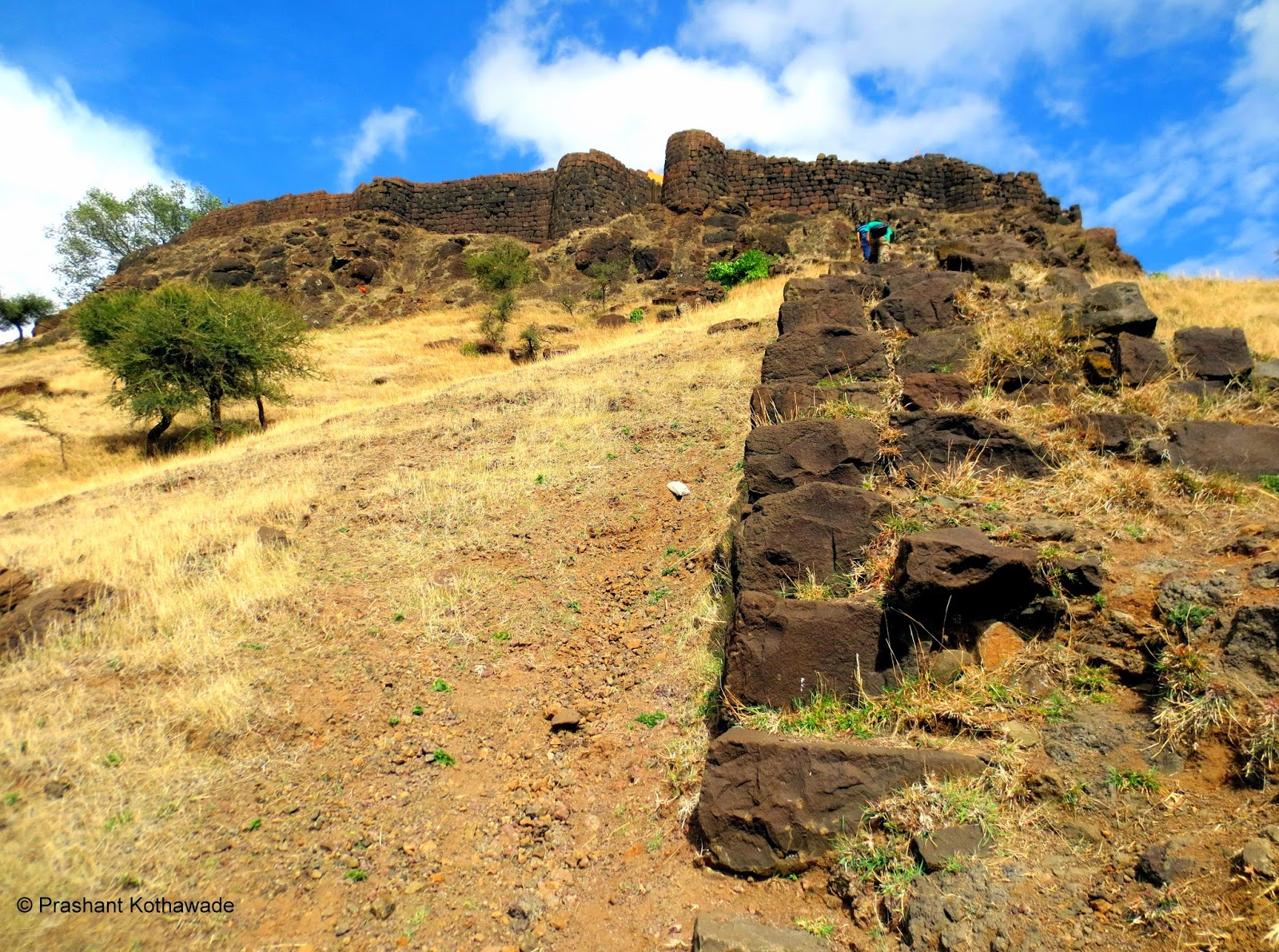 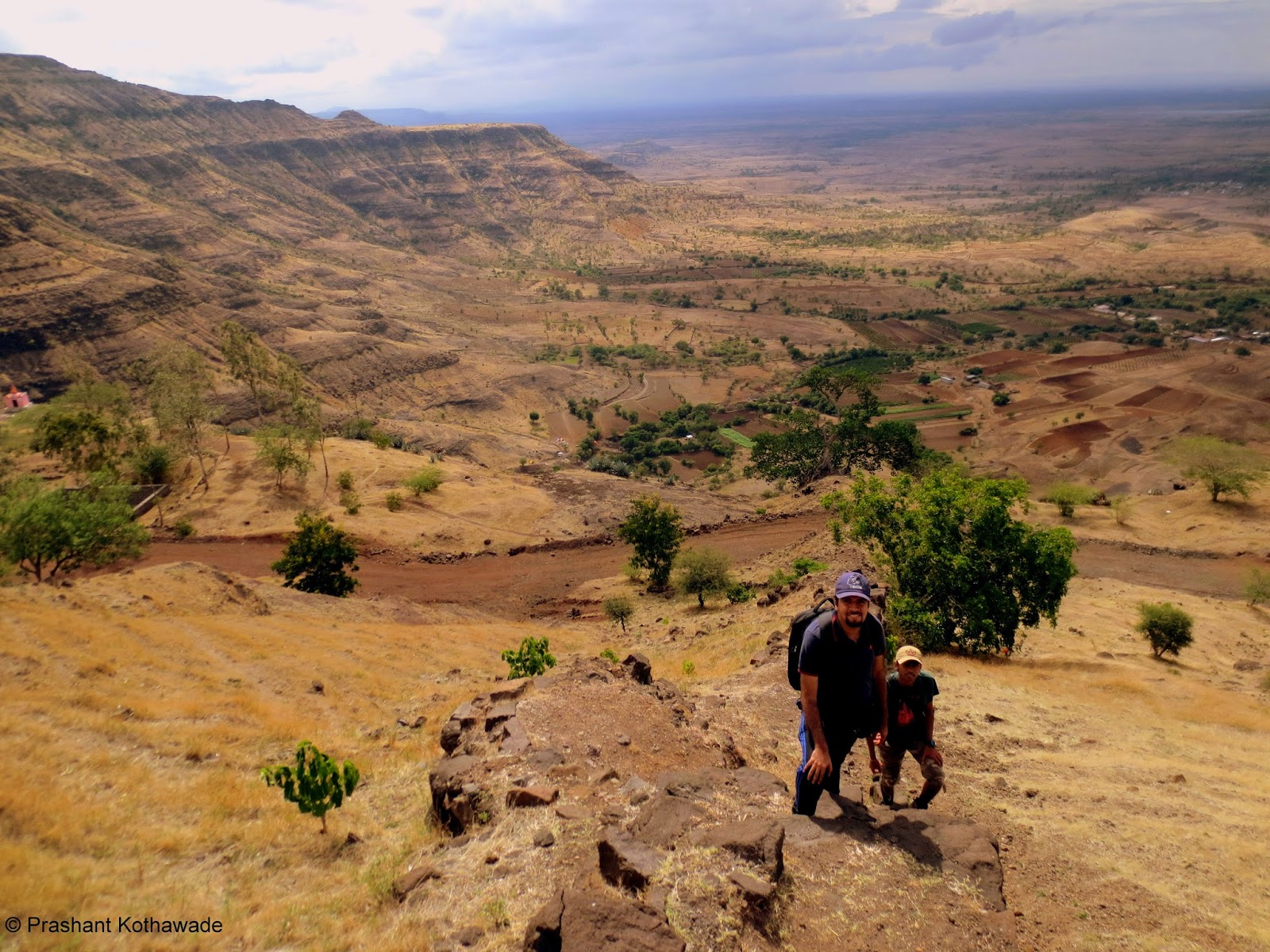 Soon, we reached to remnants of the first entrance gate tucked in between the bastions. Columns of the entrance gate are still intact. 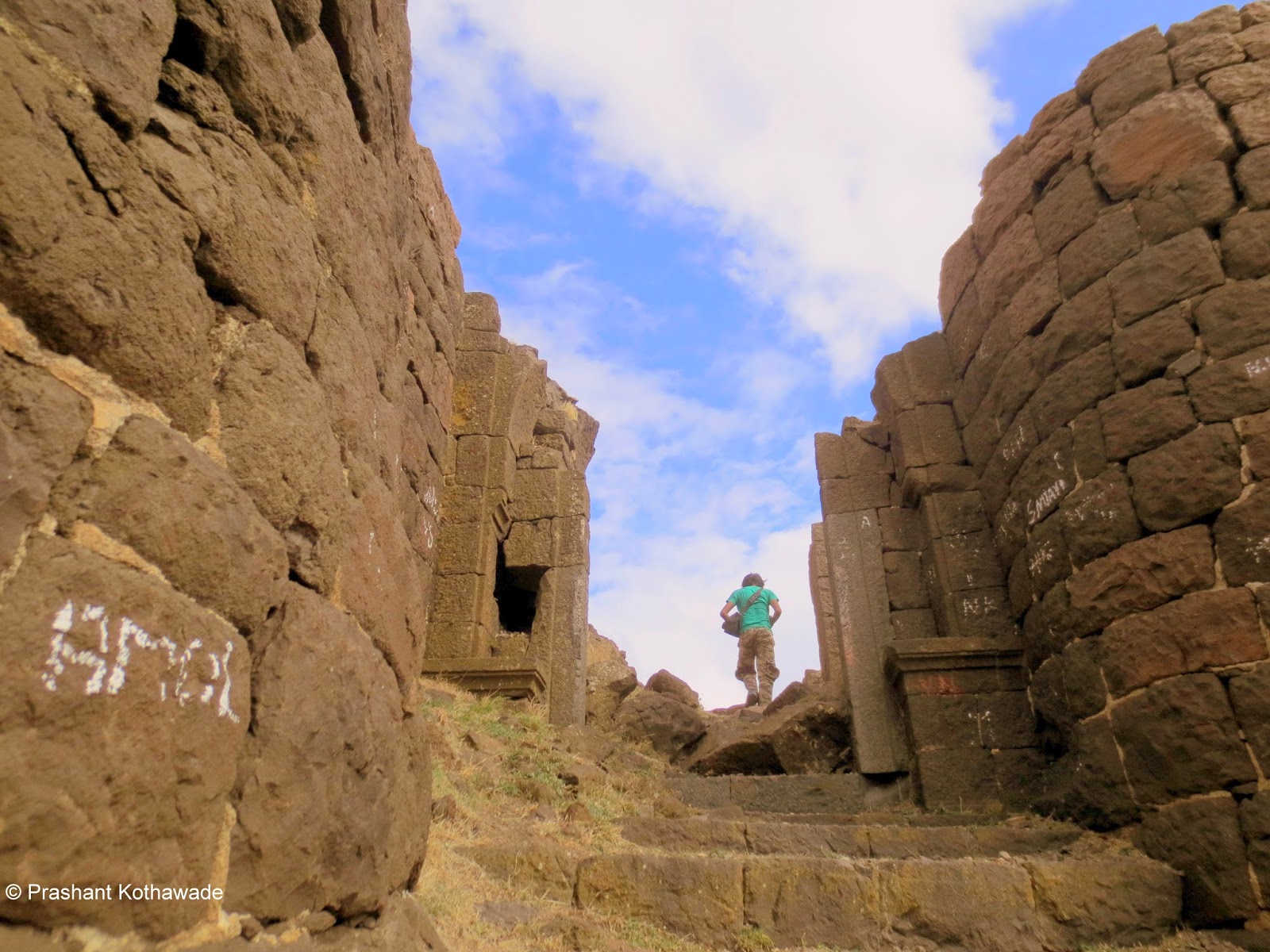 There is nothing much to explore on the fort except few remnants and structures as this fort was being used as the watchtower. 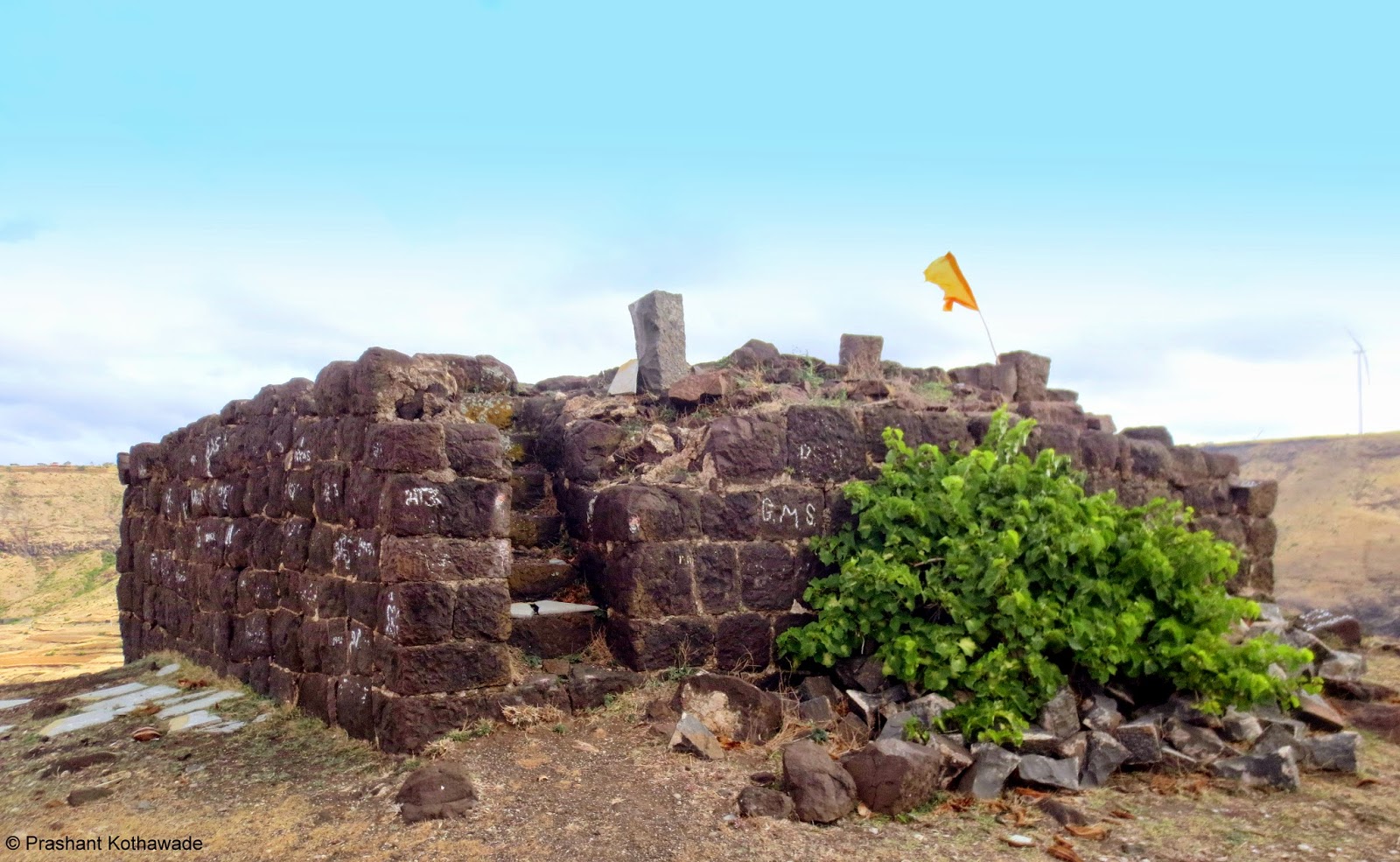 A temple is being restored or built on the fort. We could not make out of which deity as there was no idol present in the temple. 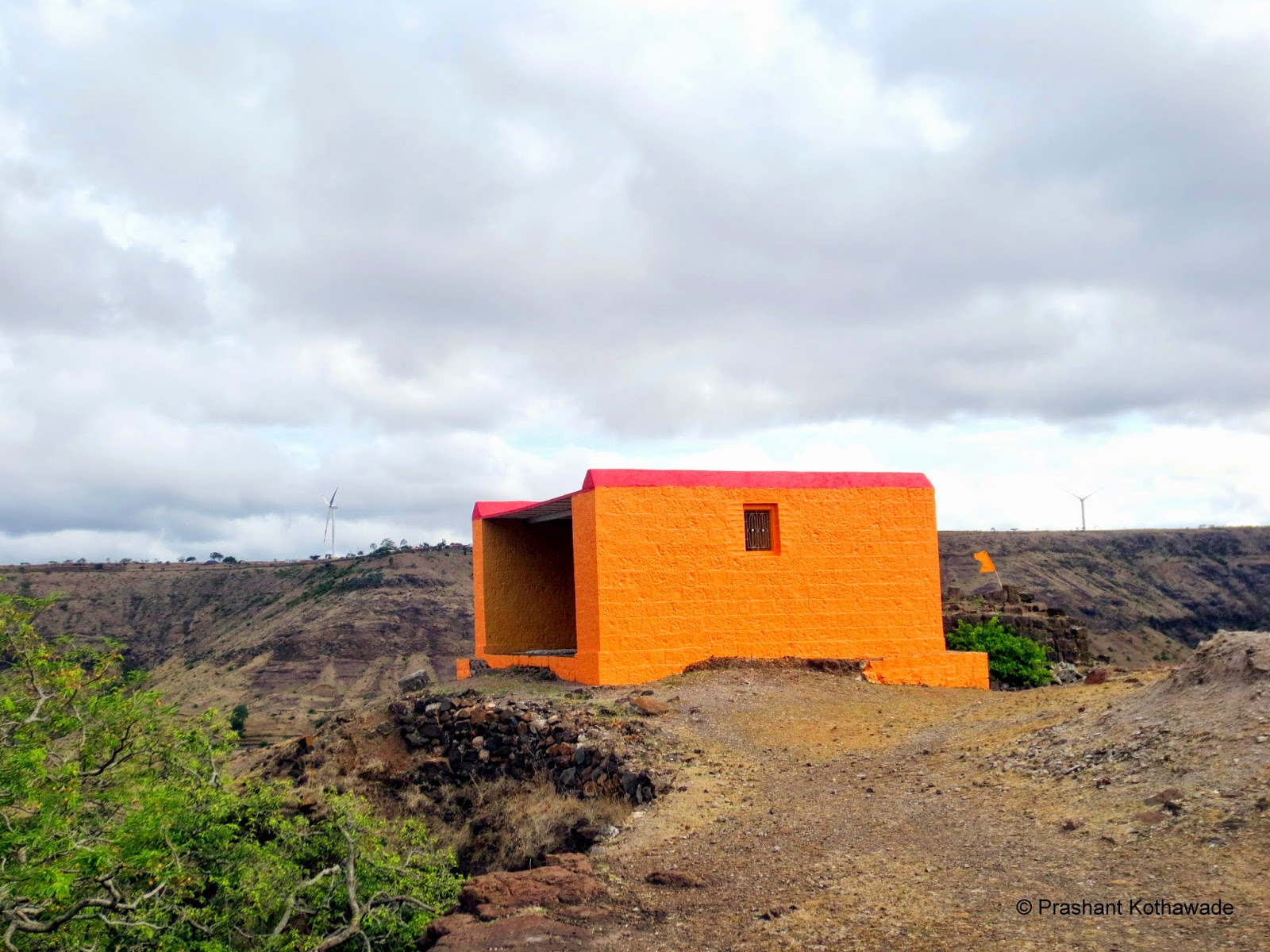 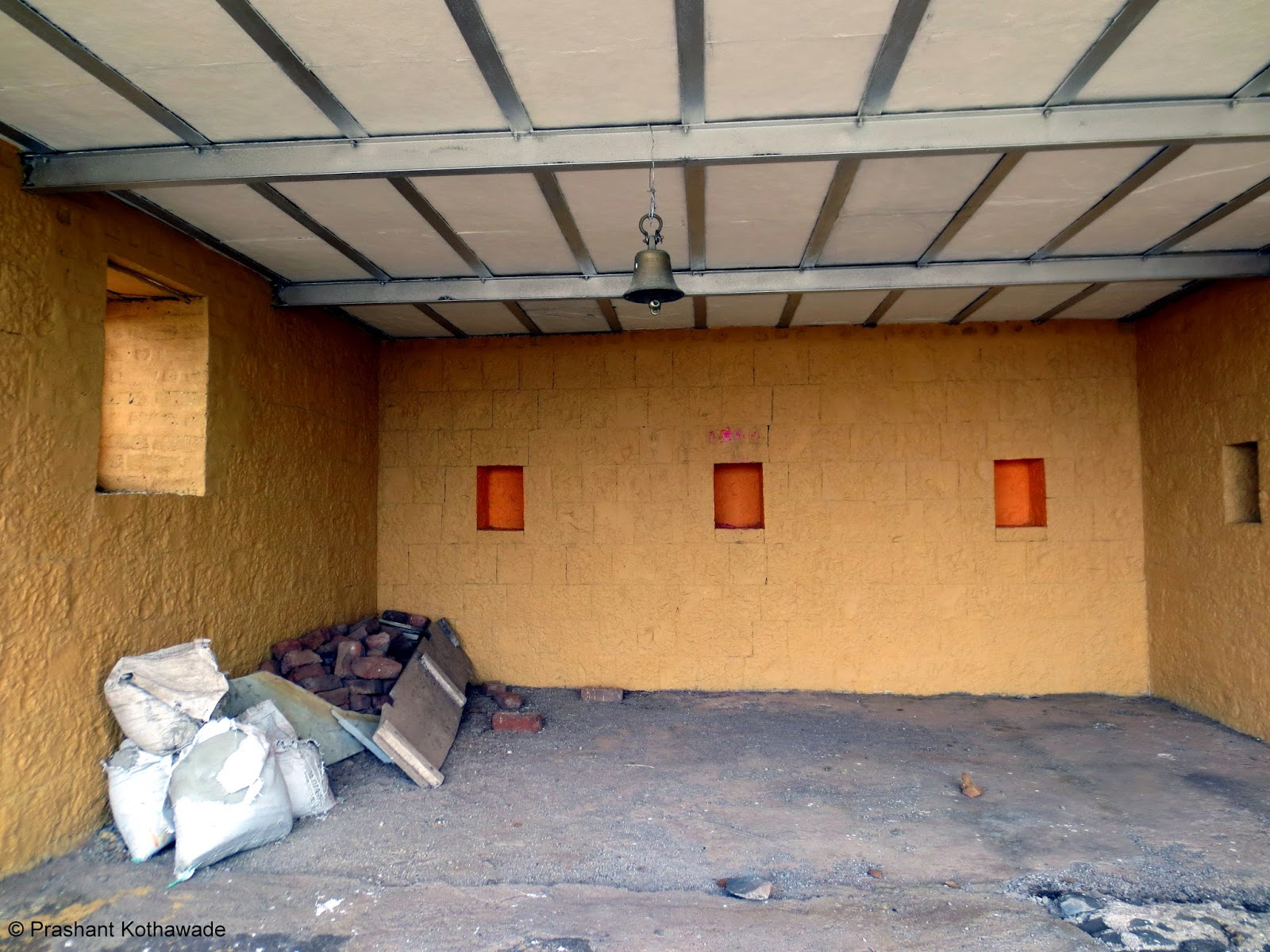 Dry Water Cistern on the fort: 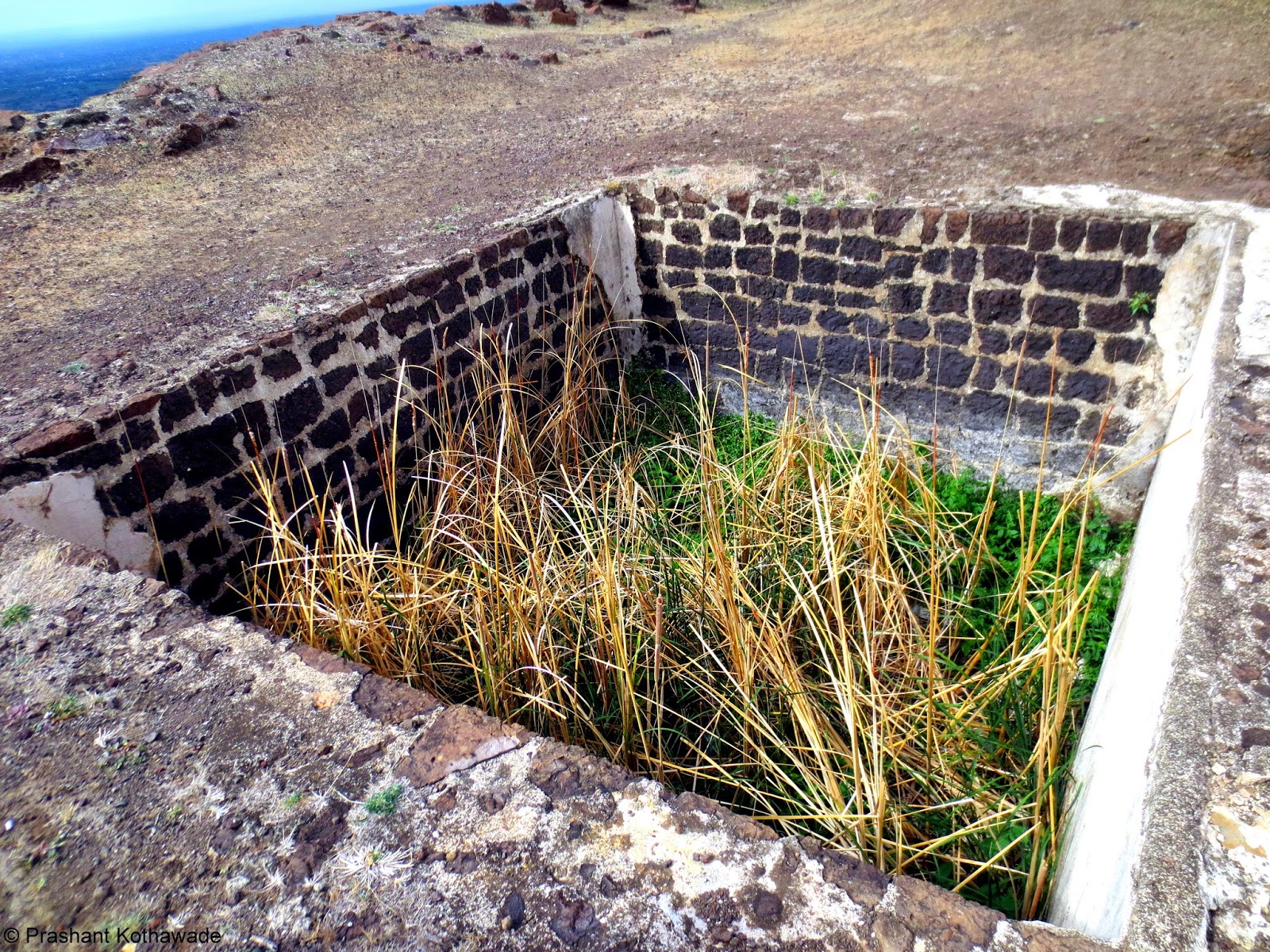 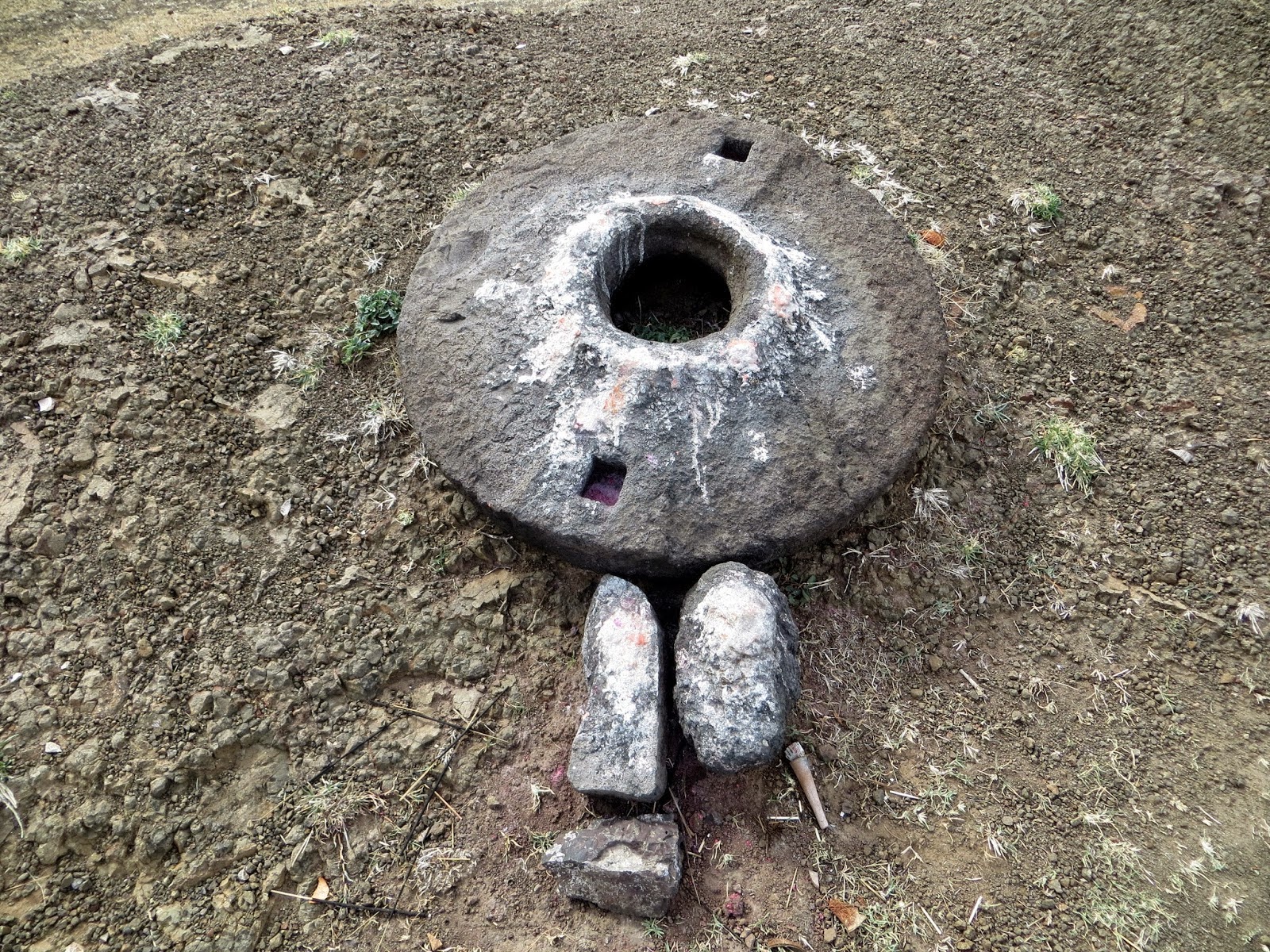 View seen from the top of the Sadar: 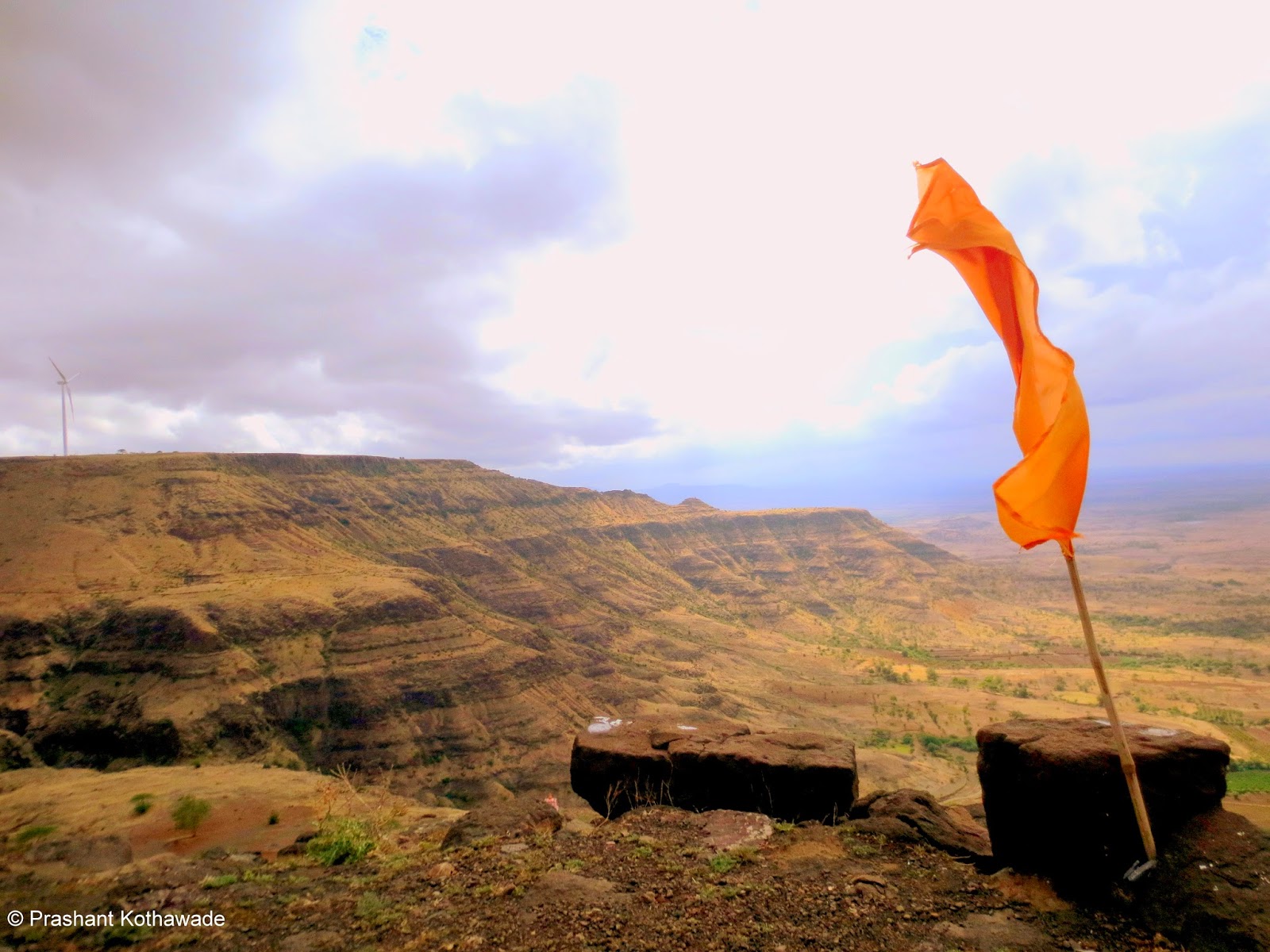 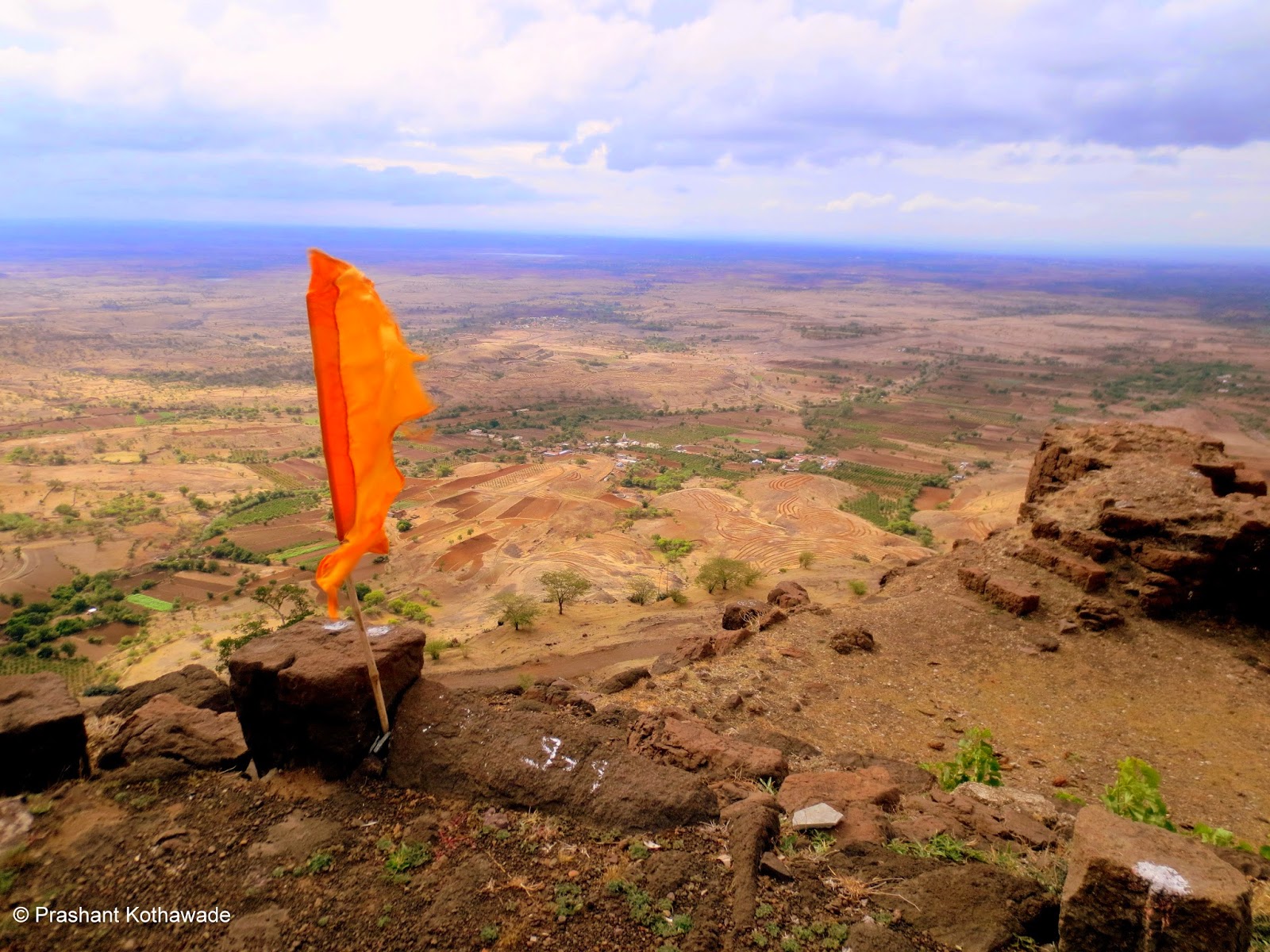 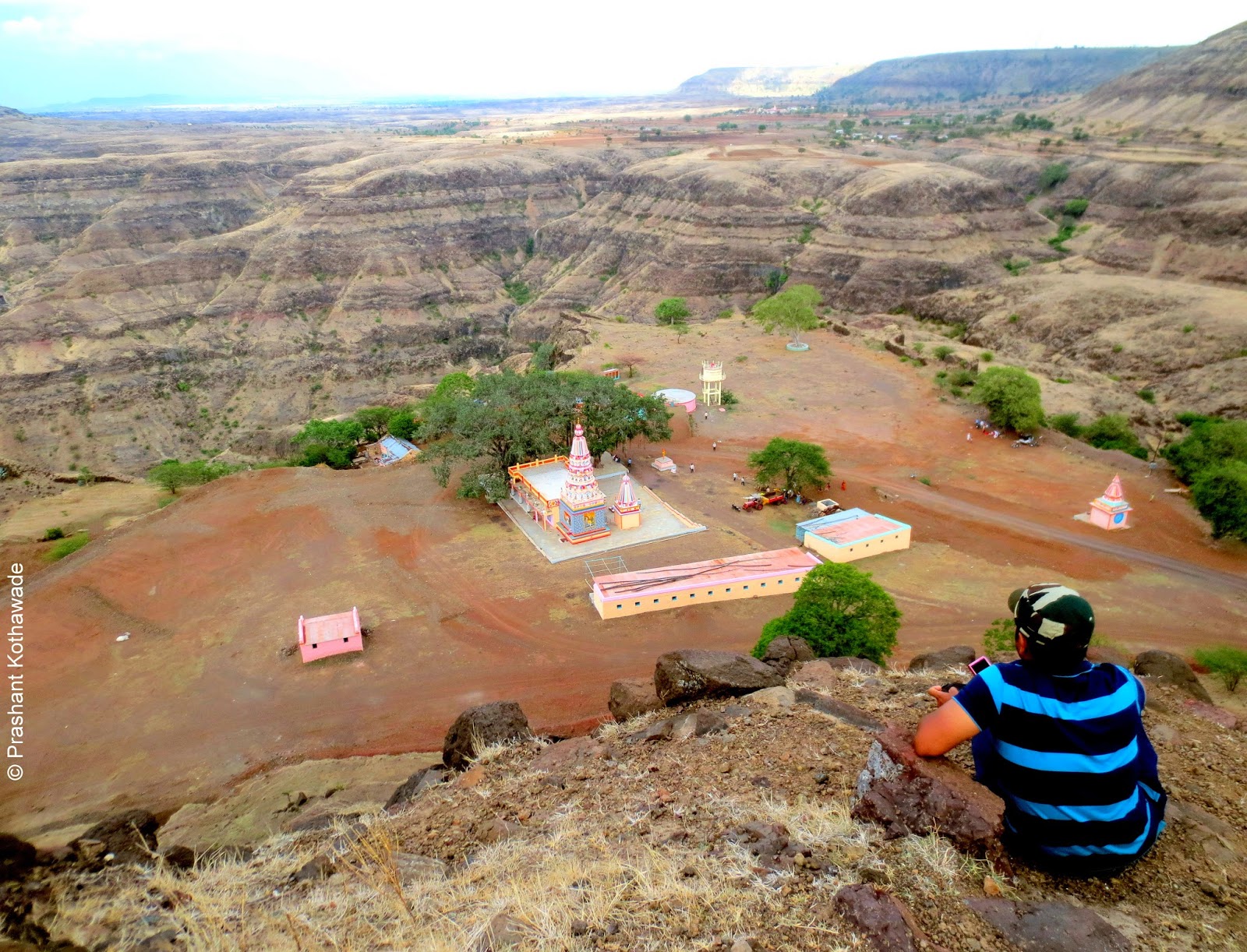 While descending, we decided to try the Eastern Route. At first it looked simple and as we started descending, we began to slip. Rishi and Sameer were quite confident and reached to the base very quickly. Chinmay, Swapnil and me were finding it difficult and we gave up the idea of descending from this route and finally decided to descend from the same western side from where we had ascended. Once we reached to the base, we decided to traverse the whole perimeter of the fort and it was quite a good decision as we got to see the fort from quite different angles and also came across few structures on the Machi.


Fort as seen from the northern side: 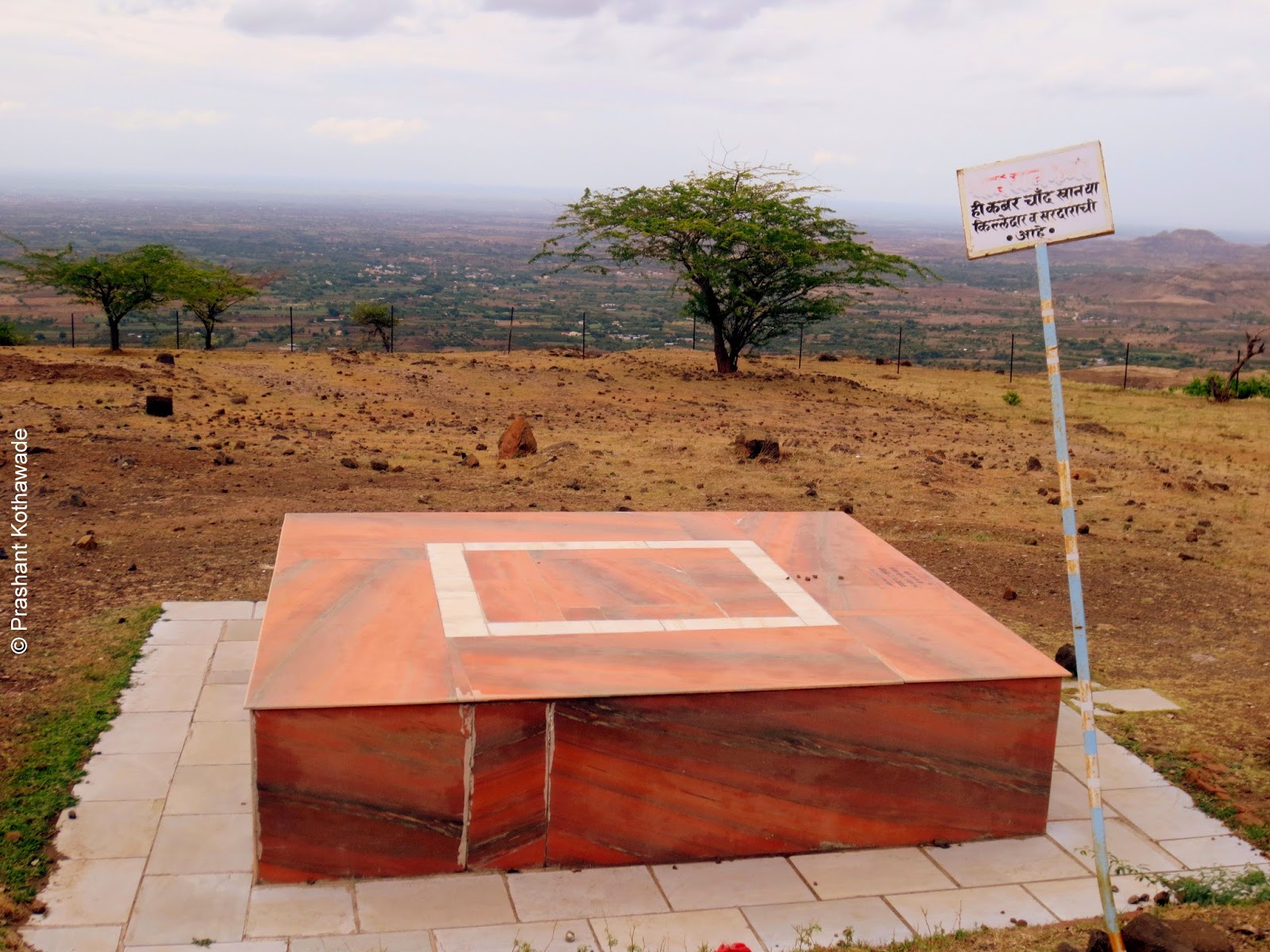 Soon, we reached to a beautiful and well-maintained temple of Bhairavnath. 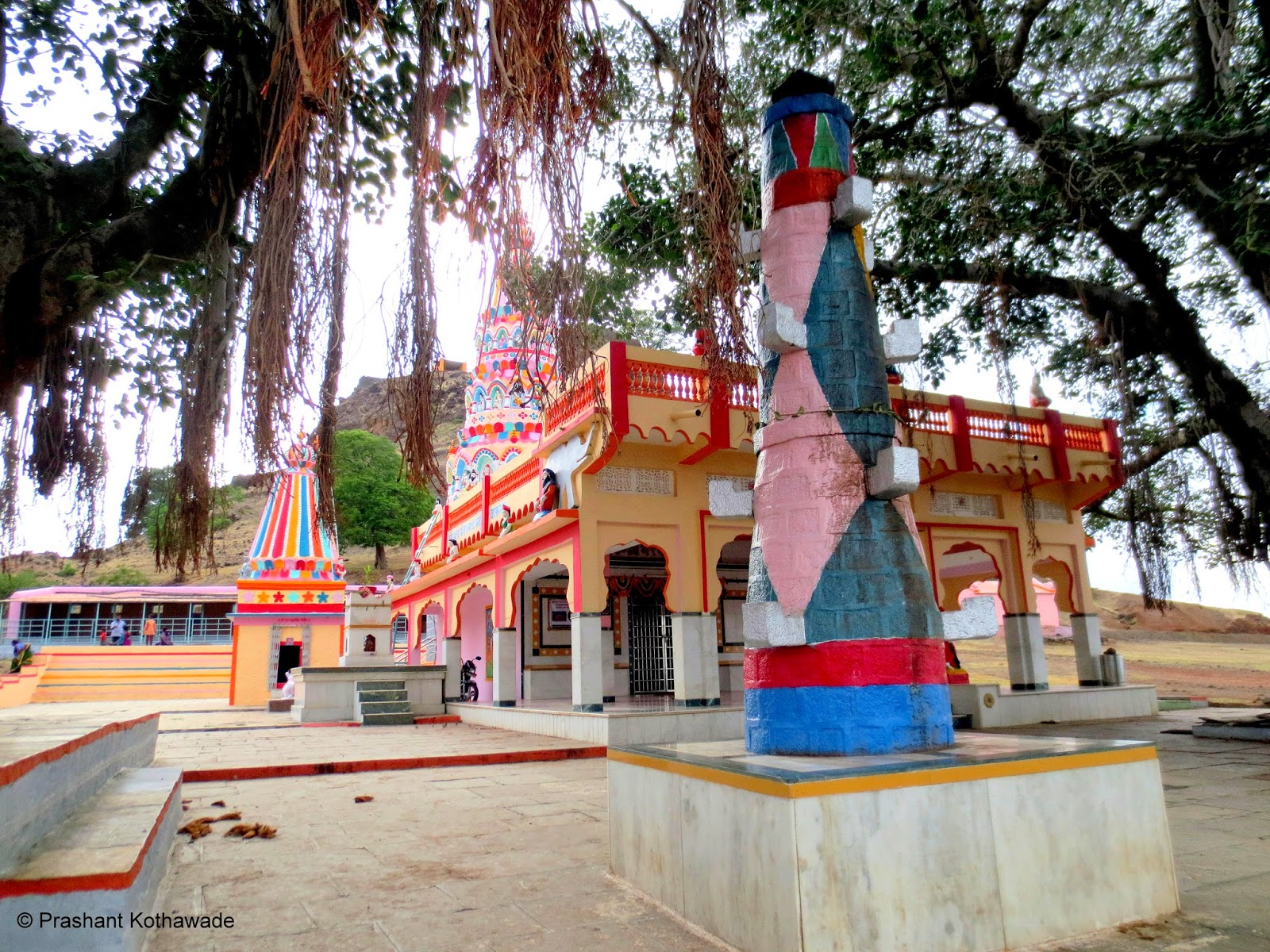 Vir Gal in front of the temple: 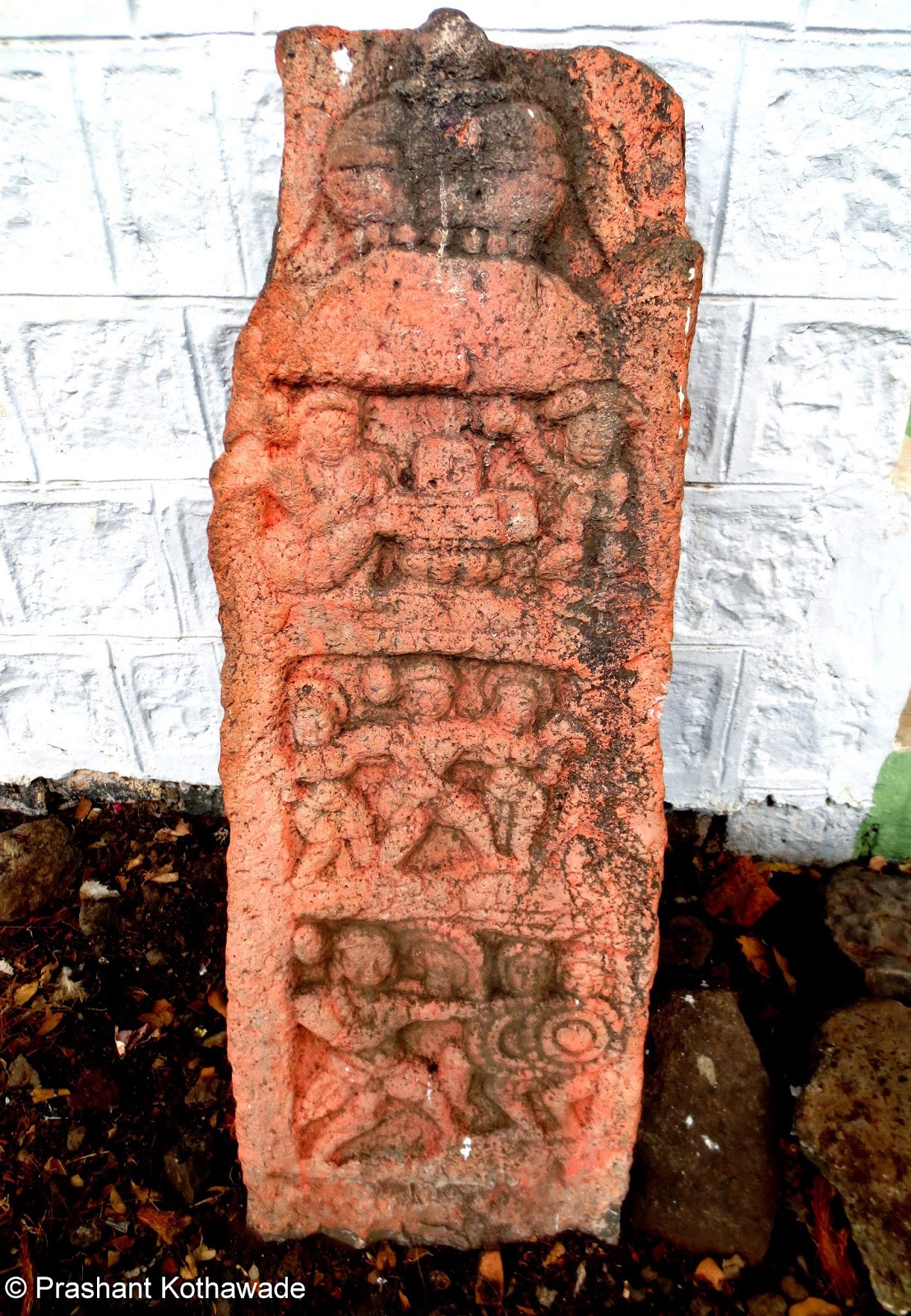 Bastions on the Machi: 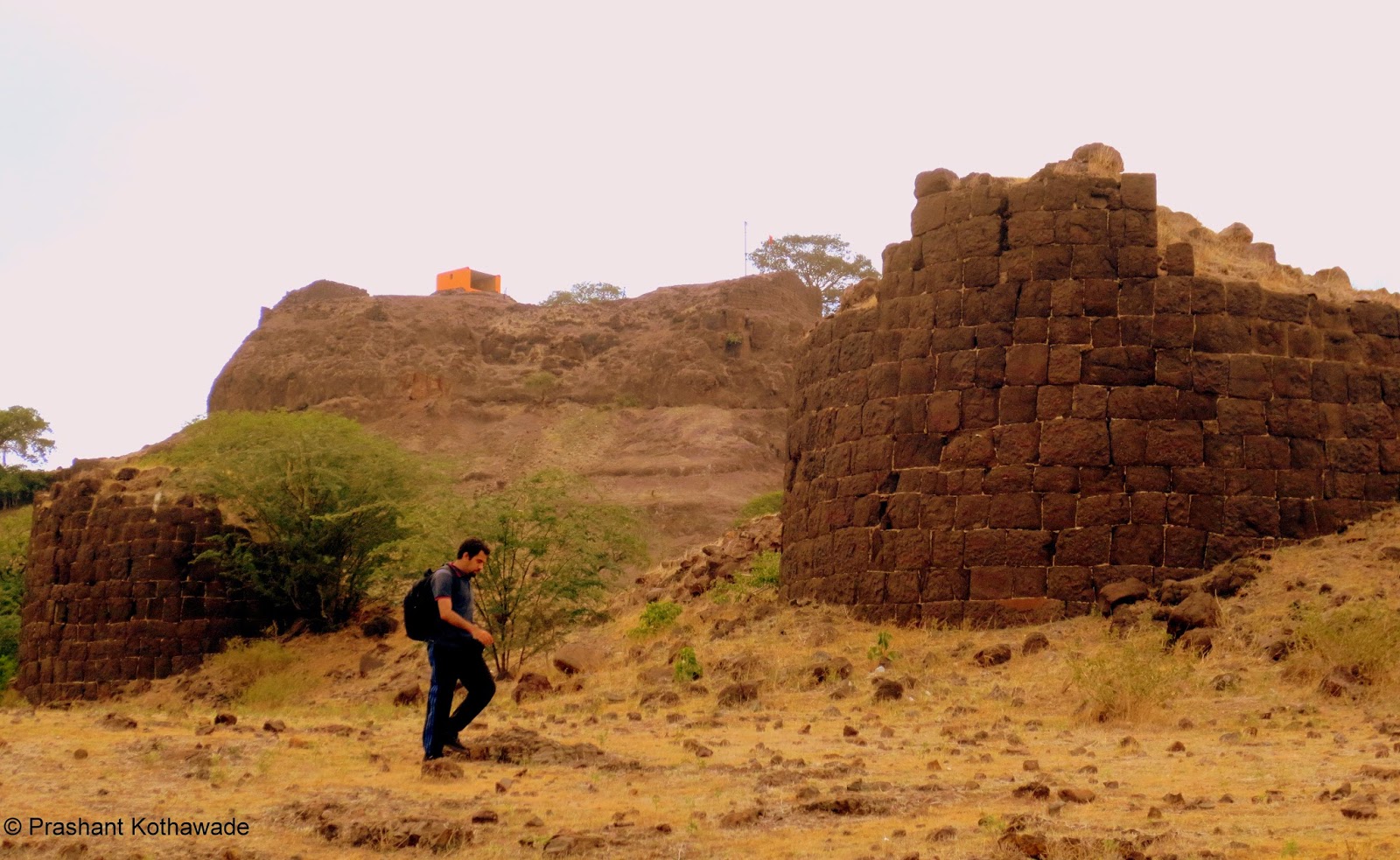 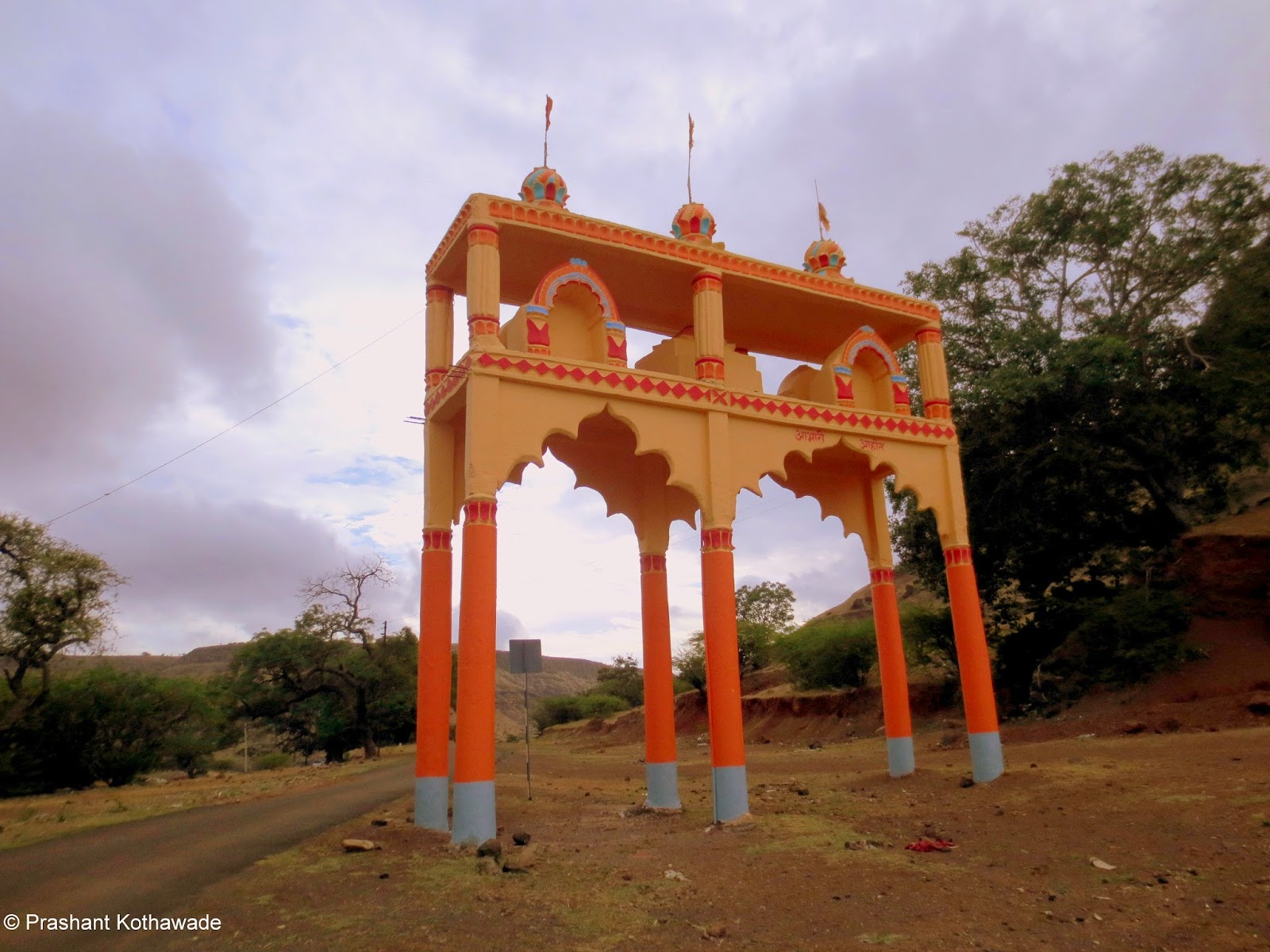 Finally hike was culminated and we decided to perch on the Eastern Side reveling in the sights of rugged ravines . 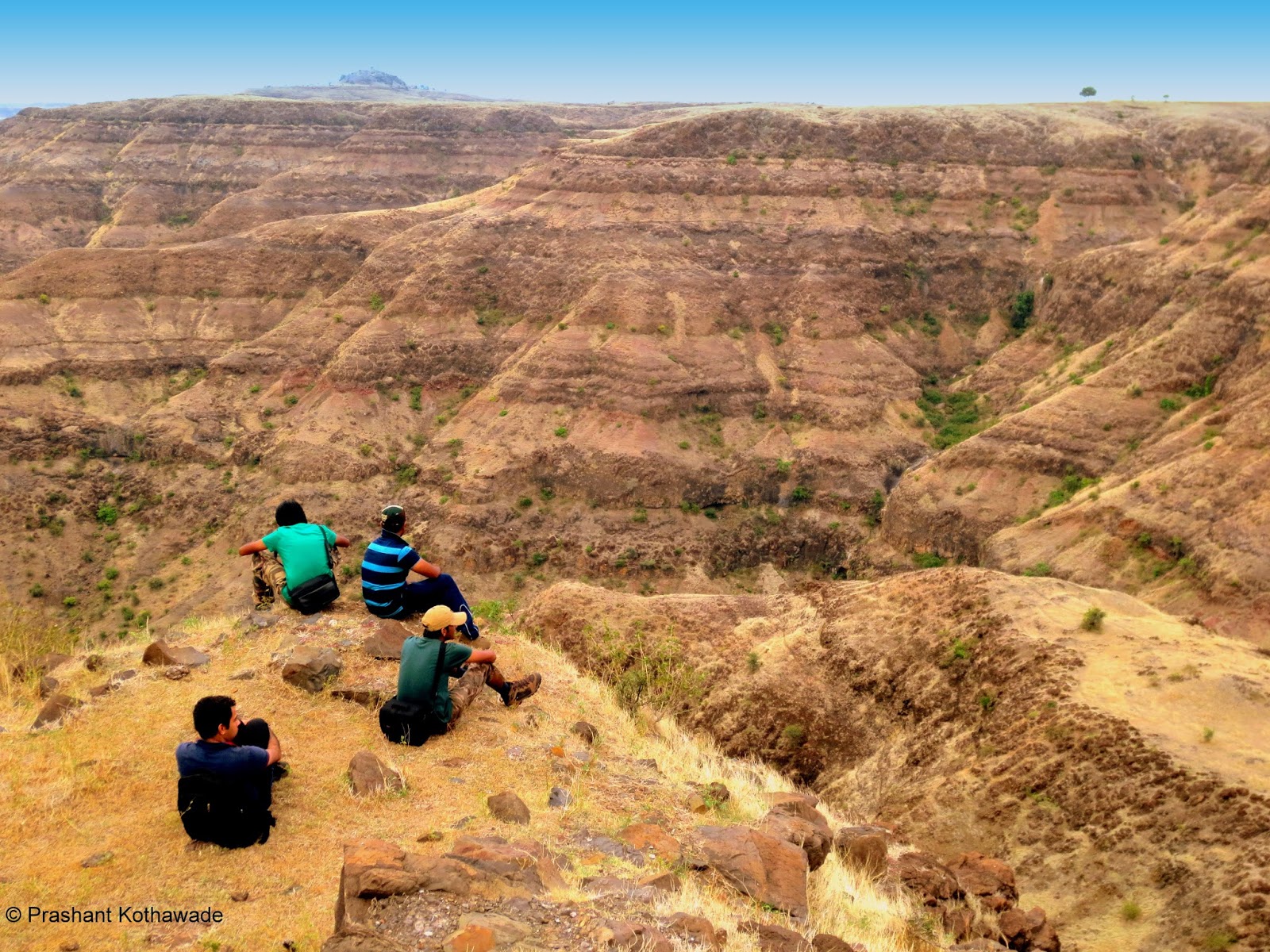 After spending few blissful moments, it was time to return and we trudged back to the car. While returning back, we again had to worry about the treacherous road but there was no surprise element in it and we were well prepared for it. This time, I asked my trek mates to get down from the car to reduce the burden on the wheels and slowly, negotiated the rocky terrain. Trek mates did not seem bother to walk for some distance and seemed to enjoy themselves. 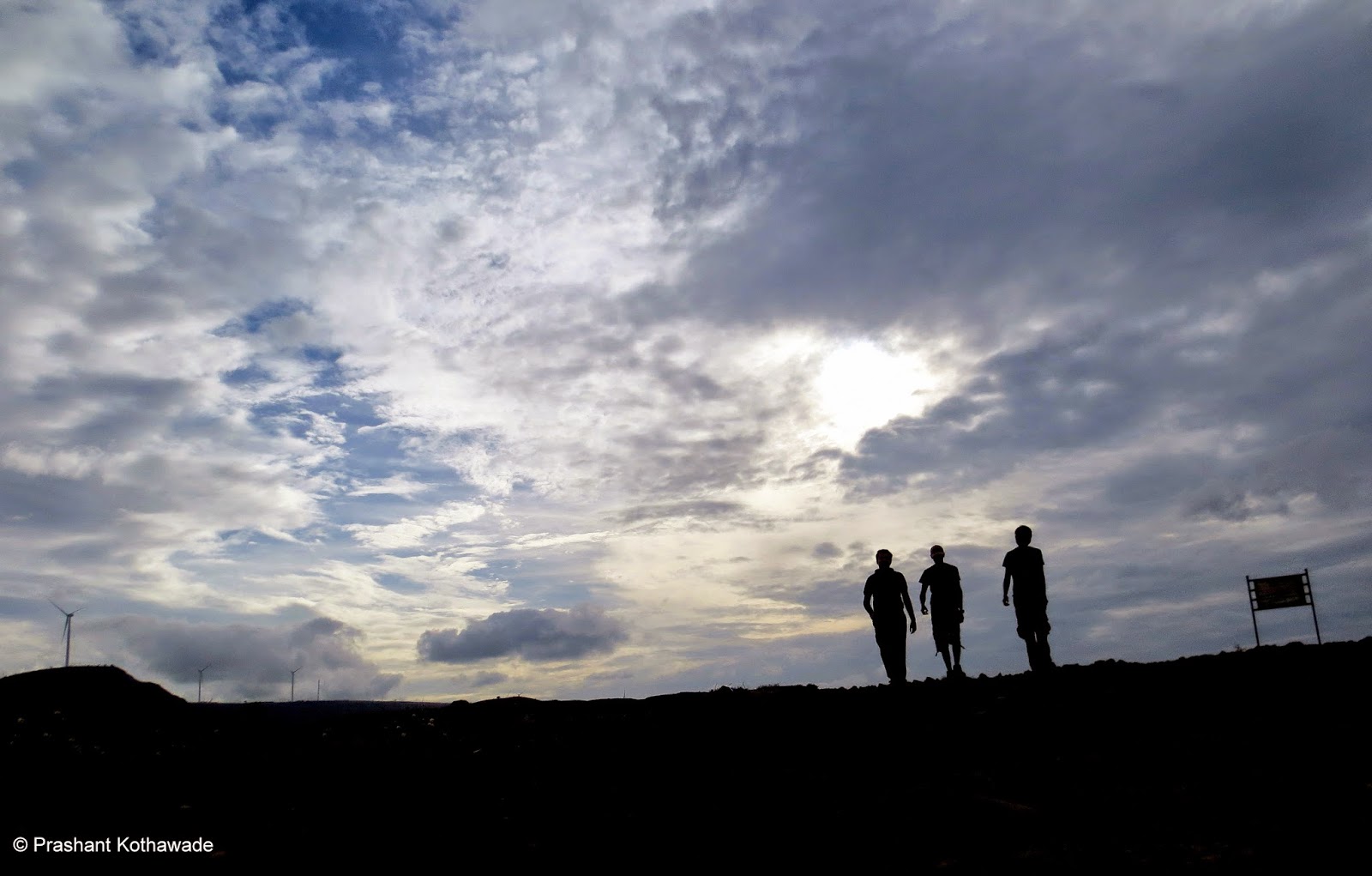 Soon, we were back in Phaltan and halted for some refreshments. We had tea accompanied by Fruit Cakes brought by Swapnil. Tea was so sumptuous that we ordered it twice.

Soon, we started our journey back to Pune. We wished to return with the same route but we were misled by a person from Phaltan and we almost traveled for 5 kms one way and after realizing that the route was different and with a lot of potholes, we took the decision to return back to Phaltan. Soon, we were on the correct route. Gradually it turned dark and I had to drive till Pune under the glaring lights and blaring horns. We reached safely to Pune around 10 pm.

Travelling for more than 350kms in a day and hiking on two offbeat forts was indeed an achievement and satisfaction was palpable on everyone’s face when we returned back to Pune.

Tips for the hikers:
Thank you for reading the blog!